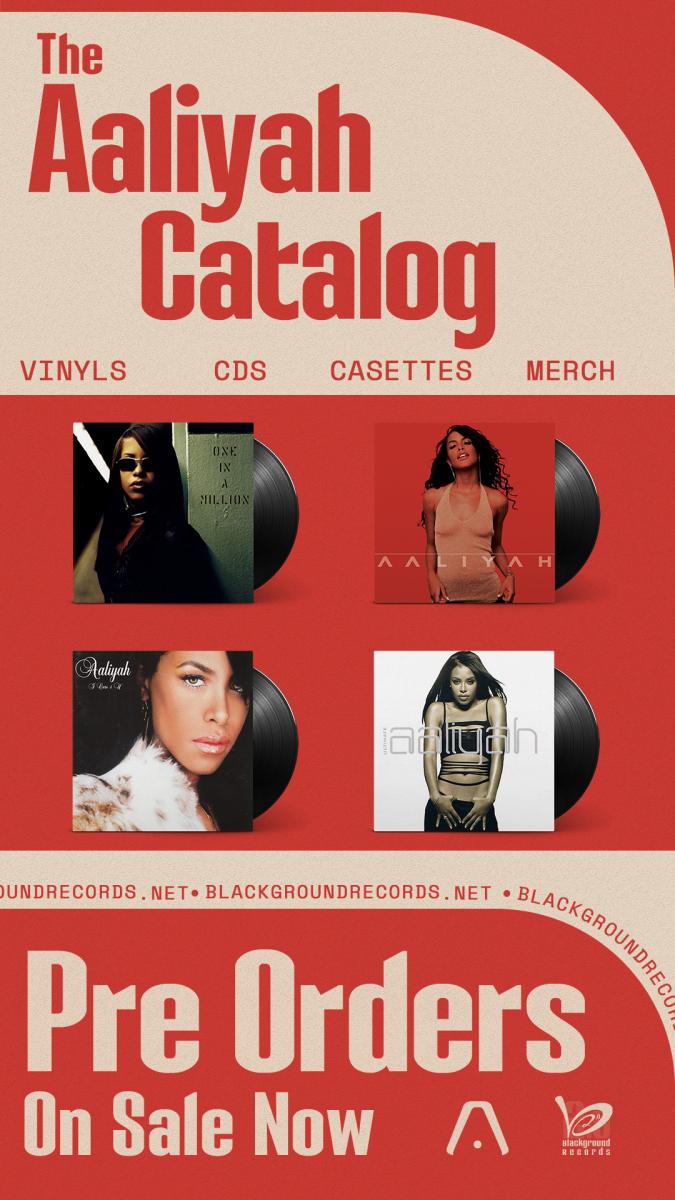 The long awaited hardships and battles are finally over! Aaliyah's music will FINALLY be available for every Aaliyah Nation lover to stream on all major streaming platforms! 😊 🙌🏽 🎉

Honestly I am over the moon right now. 20 years later, and never did I imagine that this could ever be a reality. All the hardwork, dedication and craft towards Aaliyah's music was something she unfortunately lost her life to, for her beloved fans. Day in and day out this woman worked well over and beyond to perfect her craft in ways that others simply were not doing, or would ever understand back then. The importance of this day marks a moment in music history that we shall never forget.

Over the years, we have seen so many other artists and groups paying homage, tributes and even sampling Baby Girl's tracks, but the factor always remained that although it had been a beautiful moment to witness, a whole generation of younger fans would be missing out on a legendary artist, who inspired so many of the artists that we see today. Knowing that Aaliyah's influence through her fashion, style and music is so prevalent within today's modern world, it has proven how far ahead of time Aaliyah was through the vision of her artistry. Knowing that a new audience will finally be able to see where the original Blue Print behind all their favourites originated from, is something that finally brings comfort and joy to my heart as an older fan.

Below Blackground Records 2.0 (a company that was recently formed under Aaliyah's Uncle, Barry Hankerson) shared a video snippet on all their socials for the re-releases of the albums shown below...

Billboard also shared the news as well outlining key, imporant details behind the scenes of what's been happening. In the article it states how her uncle, who founded her label, has a deal with EMPIRE to release them on streaming services. You can read the full article that here. Alternatively you can check out the video where Hankerson talks about Aaliyah’s legacy as well as her music coming to streaming platforms. Watch below for the full scoop!

Is anyone pre-ordering the box sets?

Yes they are! I've seen a lot of pre-orders from fans across the globe! 😎✌🏽

I'm literally in denial about buying the reissue cds & box set!. As another wants to buy it & another half me doesn't want to give my money to Barry! 😩. One minute I'm putting them in my cart the next I'm removing them.

Please read the Billboard article on this post in full detail as it sheds a lot of light on what has been going on. Granted I can understand your reservation, but preserving Baby Girl's legacy through her music is of utmost importance. I feel like whatever issues they have with the estate is their own personal business, and should not really stand in the way of fans being able to obtain her music. Hopefully they will come to some sort of resolution. 🙏🏽❤️

I know this is what we've fighted for to let her music be heard by generations upon generations!. I know it isn't really our business when it's down to her family issues like Aaliyah's mum with Barry!. Have you ordered?

I've ordered too!. Only mainly the CD's of AALIYAH, OIAM, I Care 4 U, Ultimate & Romeo Must Die ost! as these should be remastered compared to the old editions of the releases! ❤️

That's awesome! 🙌🏽❤️ I've mainly bought the limited edition Vinyls for the Red Album and OIAM. The general Vinyl for I Care 4 U, Ultimate Aaliyah and RMD, as well as the Box Sets, which come with the merch. Majority of the CD's I already have! 😄