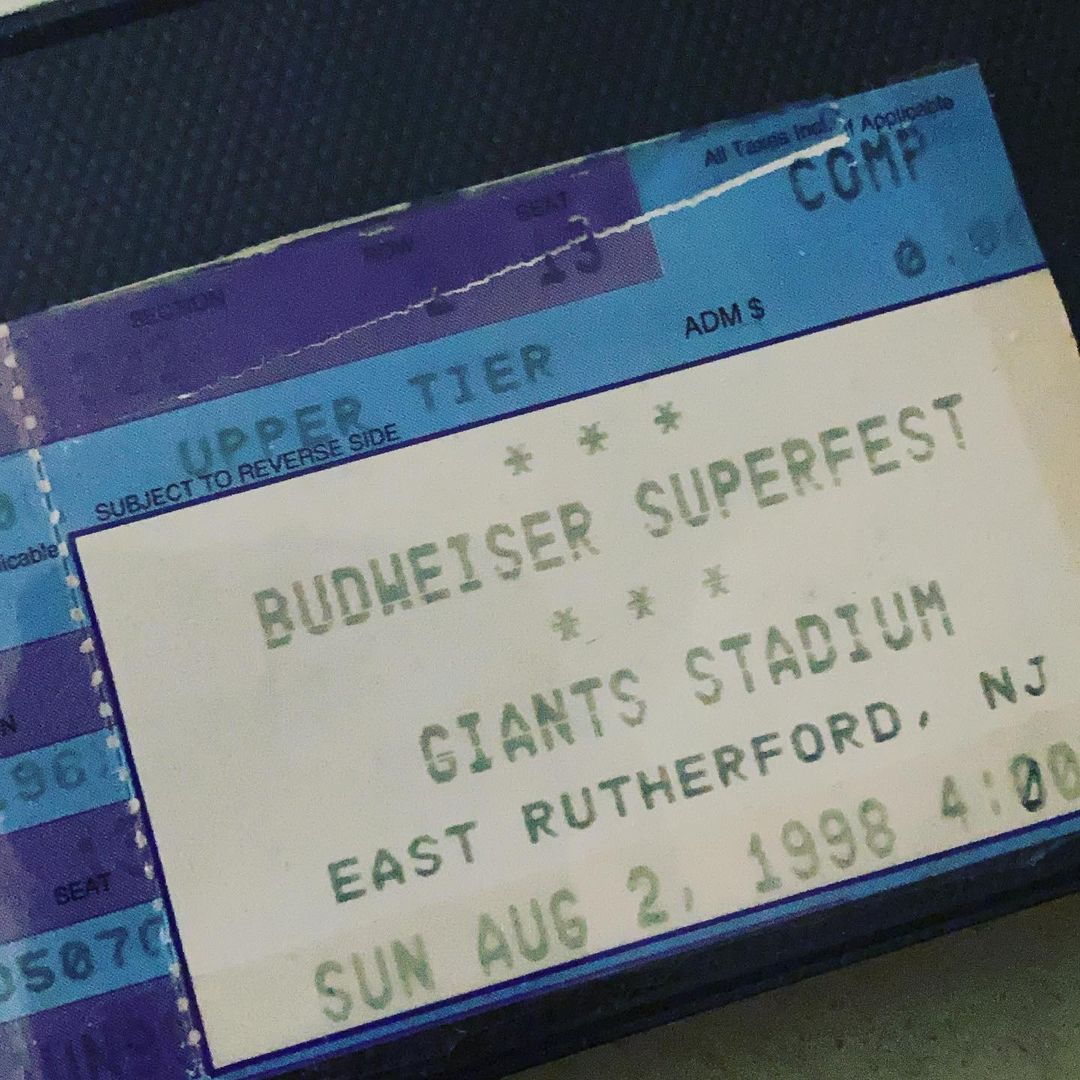 Repost via @kath3000: "Ok story time: In July 1998, Lauryn Hill premiered her single “Doo Wop (That Thing)” during Funkmaster Flex’s show on Hot 97. Flex was taking callers, so I called 1-800-223-9797 non-stop in the hopes of speaking with Ms. Hill. Finally I got through and the operator says, “You’re the 97th caller!” I was like, “Great, may I speak with Lauryn?” They’re like, “She left, but you’ve won tickets to Budweiser Superfest.” I was like, “Uh ok, who’s all going to THAT?” They rattled off the names and then said, “Timbaland and Missy…” I only heard one name after that: “Aaliyah.” She wasn’t even on the lineup, but something told me she would be there. That meant I had to go.

So I went to Hot 97 for the first time a day later and got my tickets. My cousin @jenever110 and I got to Giants Stadium, where they sat us up in the nosebleed section in the sweltering heat (some lady took off her underwear to sadly throw at LSG from that mile distance away). So finally, it was Missy and Tim’s turn to perform (the lineup was pretty lengthy). Nicole Wray and Mocha opened their set. That only added to my suspicions that Aaliyah would be there. Then they said to the crowd “We brought all our friends with us!” It was go time. Jenn and I ran down the winding staircase from the nosebleed section, all the way to the front seating, and then JUMPED off the seating section RIGHT ONTO the AstroTurf and RAN to the front of the stage just as Aaliyah walked out. Jenn has a scar across her forearm to prove it.

Seeing Aaliyah that close up where she could even see US enough to smile and wave, had me ready to faint. She performed a handful of her songs, but my favorite moment was her singing the hook to “Pony” for Ginuwine. It was a moment I will never forget. It was the first time I saw Aaliyah and the last time I got to just be a bona fide fan, since I started working in the music industry some months later. Something changes when parts of your fandom become a part of your job, and I’m glad my last time before working in the industry was spent with her. Who would’ve thought that 23 years later (to the month), I’d get to write a book on the woman who always brought out the fan in me? 1.5 days to go!"

Thank you so much for sharing this story with all the fans! What an experience! 😩 Can we also take a moment to appreciate the fact that Aaliyah sang the hook to Ginuwine's classic song Pony! 👏🏽 What a moment to witness! 😍